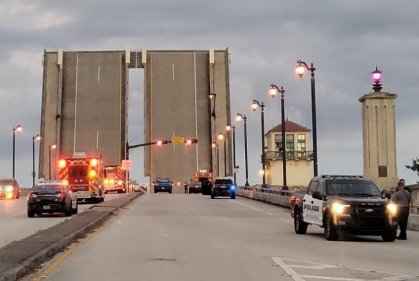 Florida (US): A drawbridge operator in Florida has been arrested after an elderly woman who was walking her bike across the bridge fell to her death when the bridge was raised.

Artissua Lafay Paulk, 43, was arrested on Thursday on a warrant by officers with the West Palm Beach Police Department with assistance from the U.S. Marshall’s Service and charged with manslaughter by negligence, police said in a news release.

Also read:- First lunar rovers in decades may explore the moon in 2022

The 79-year-old victim, who was not named by police because of the state’s Marsy’s Law, was identified as Carol Wright by the attorney representing her family in comments to WPTV.

Wright was crossing the Royal Park Bridge on Feb. 6 when it started to rise, leaving her screaming for help as she clung to a railing, according to a probable cause affidavit obtained by United Press International. (UI)