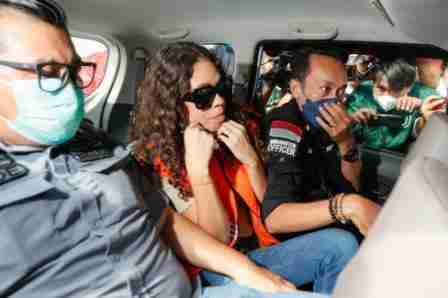 Chicago (US): A Chicago woman who served seven years in prison in Bali for murdering her mother and stuffing her body in a suitcase was indicted on new charges Wednesday upon her return to the United States. Heather Mack, 26, pleaded not guilty to conspiracy to commit murder in a foreign country and obstruction of justice for the 2014 killing of her mother, wealthy Chicago socialite Sheila von Wiese-Mack, whose body was found stuffed in a suitcase at the St. Regis Bali resort. Tommy Schaefer, Mack’s boyfriend at the time of the killing, was charged with the same counts on Wednesday but remains in prison in Bali. The two conspiracy charges carry a life sentence, while the obstruction of justice charges carry 20 years in prison. Mack was released from an Indonesian prison on Friday after serving seven years of her 10-year sentence for conspiring with Schaefer to kill her mother. (UI)