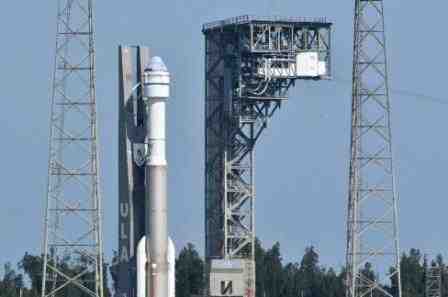 Orlando, Florida- Humid Florida air may have caused valves to stick in Boeing’s Starliner space capsule during preparation for a test launch Aug. 3, causing further delay in NASA’s astronaut launch program, the company and NASA announced Tuesday. The capsule, already four years behind schedule at a development cost of $4.6 billion, may not be launched again until early 2022 as the valve investigation continues, NASA officials said in a virtual press conference. At stake is the competitive nature of NASA’s crew launch program that takes astronauts to the International Space Station, as Boeing has a contract to provide an alternative to SpaceX’s Crew Dragon capsule. The Dragon has carried three astronaut crews to the orbiting laboratory, as well as an all-private crew on a three-day orbital journey. Two astronauts selected to fly in the Boeing capsule have been transferred to fly on SpaceX Crew-5 as early as fall 2022. (UIN)